Category [C] consists of doublegubber. Doublegubber always show a pair of people facing each other. Normally a man and a woman make up this pair, but there are exceptions where the gender is obviously the same (but only 3–6 gubber against over 200 doublegubber). There are no attributes, except for some as yet unidentified objects.
There are three different ways to depict a couple:

The guldgubber with the same gender belong to [C-IV]. 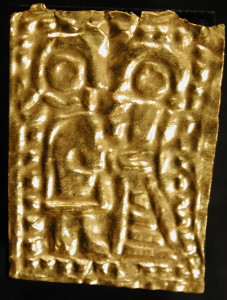 Guldgubber depicting a couple, where the man has the hand at the waist of the woman. [C-I-4] 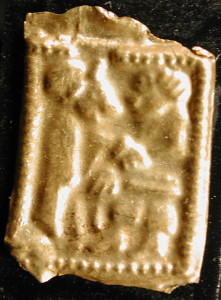 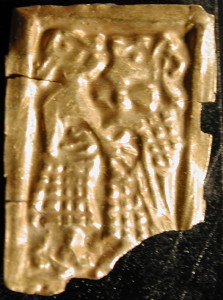