Guldgubber wer found all over Scandinavia. From Gudme up to Borg throughout Denmark, Sweden, and Norway. 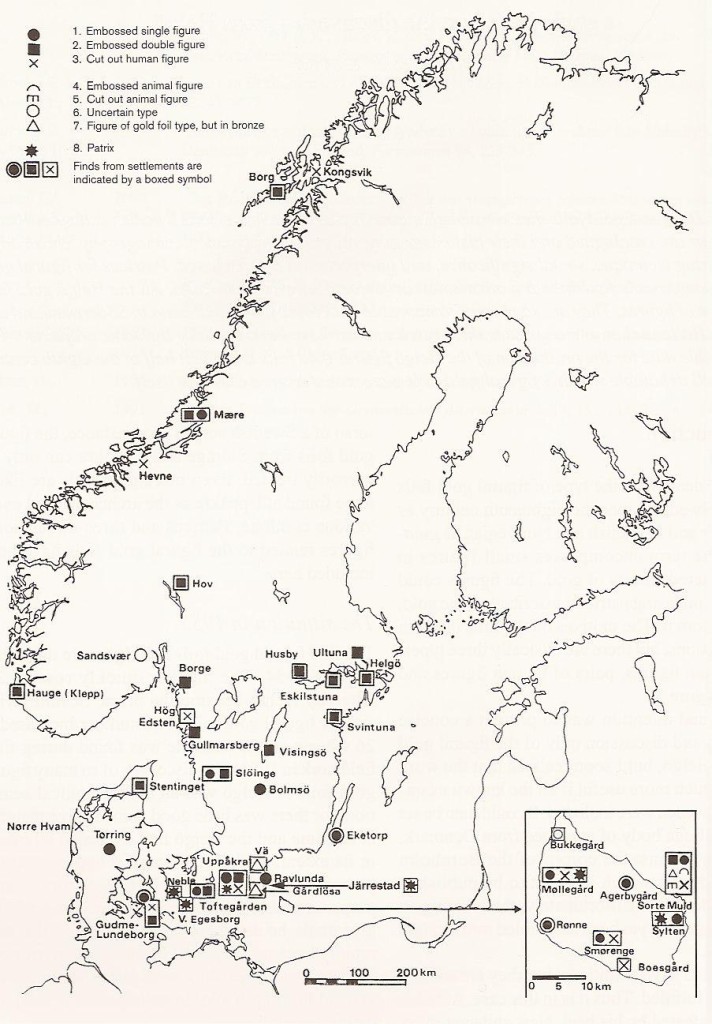 Denmark:
Sorte Muld-Bornholm
Sorte Muld has been the place with the most guldgubber findings in Scandinavia. Up to now there have been found about 2300 guldgubber. Unfortunately the find circumstances in Sorte Muld are not the best for the dating and useage of the guldgubber.The excavated area, in which the guldgubber where found, makes up 1-2% of the whole settlement. The rest of the settlement is possibly about 40.000-50.000 square metre big. It is supposed to have been the biggest in size during the Migration Age. In the settlement other, normal, findings have been excavated such as:

There are special finds as well, such as:

Lundeborg lies east of Gudme on Fünen and is quite similar to Gudme. A lot of statuettes of animals and humans were found, as well as masks in quantities no where else found. In Lundeborg itself there were a lot of nails for boats found and a scattered hoard find of guldgubber, consisting of around 102 guldgubber total, mainly of so-called doublegubber. Just two guldgubber were found in Gudme so far.

There are 13 finding places for guldgubber in Sweden. These are:

Here, I will present you some further details for the find places with more than three figures, which will be Eketorp, Helgö, Slöinge, and Uppåkra.

Fifteen guldgubber were found in Eketorp in a stone chamber between a row of houses and a central block. A bronze staff and pieces of goldrings were found with the guldgubber. This find is dated in the transition of the early Iron Age to the Viking Age. There are just three different  motives on these guldgubber: a standing man, a man on tip toe and a women en face. All three of them are depicted without arms. 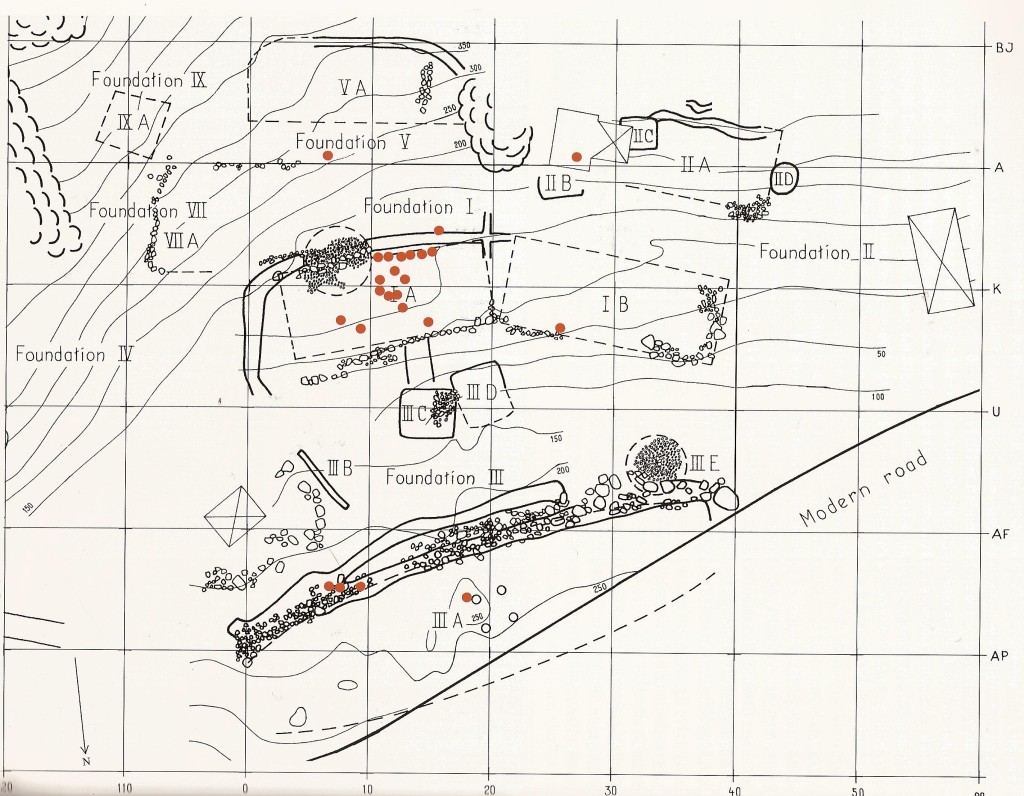 Excavation at Helgö. Diagram of the foundation an distribution of the guldgubber. Taken from Jan Peder Lamm: Figural gold foil founds in Sweden: a study based on discoveries from Helgö. In. Bo Gyllensvärd et al. (ed.):Excavations at Helgö XVI. Exotic and sacral finds from Helgö. Stockholm 2004

57 guldgubber and some fragments were excavated here. The guldgubber were found around some post holes and the remaining wood could be dated to 710-720 a. D. The find consists of 26 doublegubber and nine single gubber. One guldgubber shows two people standing behind each other. Either this is a new motive or the guldgubber was not seperated correctly. 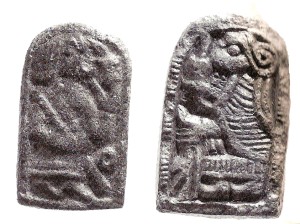 Other finds in the house were a big glas bowl and a silver chalice mit ornaments. Furthermore some spear and lance heads were found. 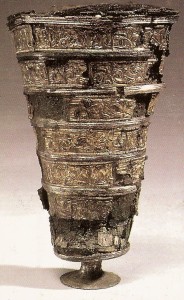 The guldgubber finds in Norway are not as rich as they are in Sweden or Denmark and are not as well documented.

In Hauge (Klepp) some guldgubber were unearthed and suppoesedly all depict doublegubber. They were not found in any settlement or house context.

23 doublegubber were found in a building near post holes in Mære. The building can be dated into the Viking Age. During mediaeval times a church was built above that building. Mære is described in mediaeval sources as a centre for the heathen cult.